It’s not the kind of thing I expected to hear!

In the run-up to us leaving Japan as a family back in April, I lost count of the number of people who expressed disappointment.
“What a shame!”
“What a waste!”
“I wish you could stay!”
Largely this was from Japanese Christians or foreign missionaries. Many were of course understanding and supportive at the same time as being sad that we were leaving.

But this summer, I had the opportunity to go back to Japan and lead a small short-term team to help with the fmZERO ministry in Sapporo reaching out to students for 3 weeks from late June to mid-July.

It was a strange experience. Soon after arriving back in the town that I was born in and had worked in for 8 years, the town I had grown to love, where many live who are dear to me in a country I love, I realised what it felt like. It felt like I’d been dating someone for a long time who I was very fond of, only for her to turn around and say that she wants us to be “just friends”! Seeing her after our break-up, there were feelings of delight in enjoying her company once again, but tinged with the pain of knowing that the special relationship we had was over. Can you relate to that?

One of the “Jesus is awesome!” events on campus

Anyway, the 3-week mission trip itself was a really blessed time. There were many opportunities to share the gospel with students and tell them about how amazing Jesus is!

God was very kind to us and we frequently saw many answers to prayer. For example, at the fmZERO BBQ, the biggest event of the fmZERO calendar, we realised that many of our usual contacts had other events going on at their various universities that clashed with the BBQ. Also, all week the forecast for that day was rain. We were concerned that the students wouldn’t come. So we prayed. And we prayed. We asked others to pray. Maybe you prayed too!

In the end, we had over 60 turn up – a very good turn out! And the weather was totally fine while we were outside. Just towards the end, it started to cloud over. But once we were safely inside for the games, talks, songs and discussions, I looked out the window and saw the rain coming down. In fact, it helped to clean up the BBQs! God is good!

Enjoying the food at the BBQ

Another answer to prayer was the chance to catch up with many old friends and contacts. There were some, however, I really wanted to meet with but I wasn’t able to. I need to entrust them to the Lord.

One friend I was able to see, was a student from China. He had been to some of our English Bible studies on campus and through that started coming to our fmZERO events – he even bought the t-shirt! He also started coming to some of the KGK bible studies in Japanese on campus. It was a delight to see the way he reacted to reading the Bible for the first time. He was so excited by what he was reading about Jesus!

When I saw him this summer, he told me that us leaving Japan had prompted him to think about why we had come to Japan in the first place. He thought to himself, “If it was that important that he came halfway across the world for, I’d better check this out properly!” So he started going to church and by the time I was back in Japan this summer, he had become a Christian! So he thanked me for leaving Japan!

Have you ever been pleasantly surprised by the result of saying goodbye? 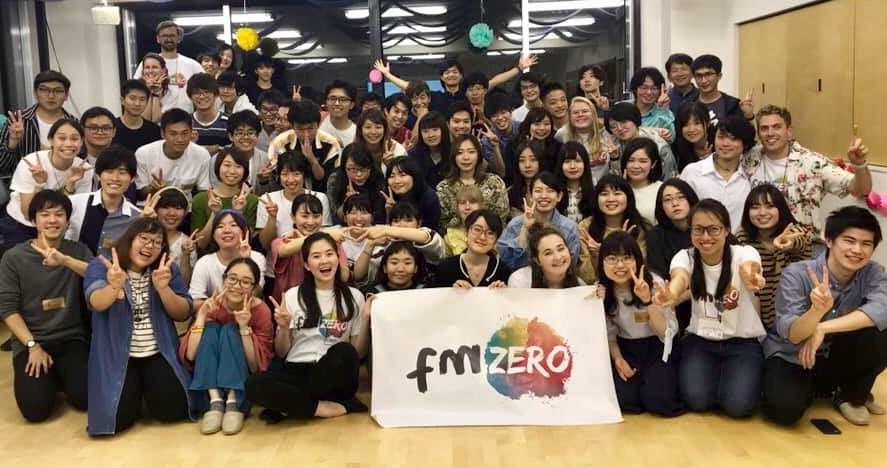 2 thoughts on ““Thank you for leaving Japan!””