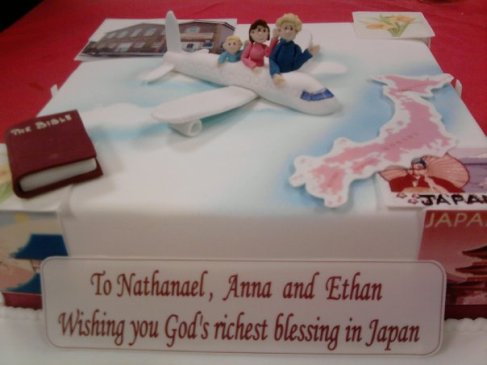 One of our sending churches, Bethel, made us this cake at our commissioning service, a few days before we left the UK

I started this blog early in 2010, just as we were preparing to first come to Japan as long term OMF missionaries. I had known about blogs before that but I had never had my own. 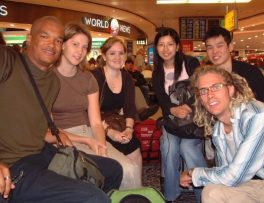 Whilst on short term summer teams to Japan back in 2005 and 2006 doing gospel music camps with kids, as a Serve Asia OMF team we kept an official blog so that prayer supporters could be kept informed of what the team were getting up to. It served to fuel prayers, satisfy curiosity and also, relieve some pressure off the limited computer time so that not every member of the team had to inform all their friends and family individually. It was a way to keep many people informed about something they had an interest in.

A few years later in 2008, I was back in Japan for the summer to do some research for my Theology & World Missions degree. This time I kept an online journal, a web log if you like, using Facebook notes, largely for my own benefit as a way of keeping a record and remembering all that I was doing and learning. But it also served to keep people informed of what I was doing. When I returned to the UK, I discovered that some people had been following those posts with interest – a pleasant surprise! 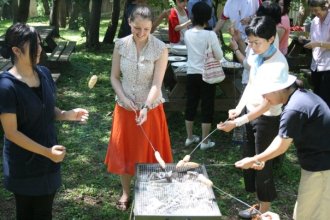 Anna at the English camp in Aomori 2008

As we prepared to go back to Japan this time as long term workers, thinking through how best to keep in touch with prayer partners, faithful supporters and concerned friends, I asked around who might be interested in following a blog about our adventures in the land of the rising sun. There seemed to be some interest, so I embarked on setting up my first (and so far, only) blog.

I had grand ideas of keeping it super up to date, posting every week. Soon, my ideals were lowered to once a fortnight. Then, as I struggled to keep up with my Japanese studies, let alone blogging every 2 weeks, I then decided once a month would be more realistic.

I’ve tried to keep up that pace ever since, with varying degrees of success. I don’t consider myself to be a particularly accomplished writer. But I am told that it gets easier with practice. Perhaps you’re a better judge of whether that’s true for me!

In the times that it’s been more difficult to be disciplined in posting regularly, I was helped by someone (I think it was michaelhyatt.com) who said that the labels you apply to yourself can be very influential in getting into good disciplined habits to do things you aim to do. So, I have a little post-it note on my notice board in my study which says:

“I am a blogger. I blog to inspire more informed prayer for us and Japan and to mobilise more workers.”

It probably sounds corny to you, but it helps me anyway! 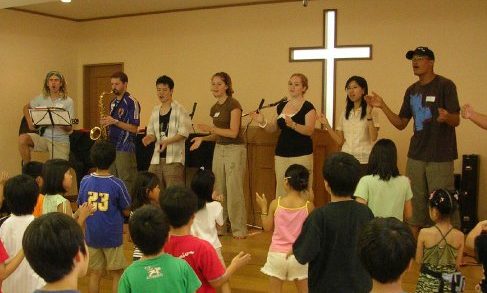 Sometimes there are so many different things to write about, I don’t know what to choose. At other times, my mind draws a blank and I don’t have any inspiration at all. I discovered a short e-booklet online recently called ‘Writing 101: Building a Blogging Habit’ with some ideas for breaking writer’s block.

Their first suggestion, under the title ‘Unlock the Mind’, was to just free write for 20 minutes, whatever comes to mind – and then post it on your blog…

P.S. Thank you for following us on this blog, journeying with us, and for taking an interest in gospel work in Japan! We really appreciate your prayers!

P.P.S. Quick reminder: if you want you can subscribe to this blog. Fill in your email address and click on the ‘Sign me up’ button on the right under the heading ‘Email Subscription’, (or below if you’re on a smartphone / tablet). Then you will get an email each time there’s a new post, instead of having to check back. Or if you are a WordPress blogger yourself, you can ‘Follow Ateamjapan’.

2 thoughts on “Unlock the mind”